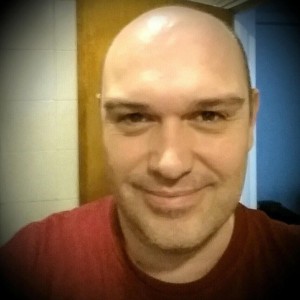 Following the bestselling short story collections Girls’ Night In and Girls’ Night Out/Boys’ Night In and Big Night Out, comes the biggest and best anthology yet in aid of the international charities War Child and No Strings. Ladies’ Night is brimming with stories from some of today’s best-known writers.

So far the previous books have raised over £1 million for War Child. Since it was founded in 1993, War Child has alleviated the suffering of tens of thousands of children throughout the world. Income from the first three books in the series has created safe, mine-free play areas for children throughout the Balkans, provided wind-up radios to isolated children growing up alone in post-genocide Rwanda, life-saving medicines in Southern Sudan, clothing for children displaced by the civil war in Angola, a field bakery in Herat, Afghanistan, playgrounds and fully equipped classrooms in Southern Iraq and abandoned children’s centres in Democratic Republic of Congo.

It currently works long term with the most often ignored children at the edge of some of the world’s most violent societies. No Strings is a new aid organisation whose mission is to provide life-saving help and education to at-risk children in developing countries, using puppetry. It combines the skill of people at the very top of their professional field pairing some of the world’s leading puppeteers alongside extremely experienced aid-sector. War Child receives tremendous support from a great many well-known figures such as Marianne Faithfull, Billy Bragg, Keane and Baaba Maal . No Strings is supported by Patrons, Neil Morrissey and Hugo Speer. E

ditor Jessica Adams writes: “When the Girls’ Night In series was born at The Groucho Club at the end of the 1990s nobody knew it would make so much money for War Child – nor that it would outsell Harry Potter and The Beatles on the Australian bestseller lists, or see a spin-off series in the USA. In fact, not every publisher was convinced the idea was for them at all – and Chris Manby, Fiona Walker and I certainly didn’t envisage a quartet of books. Since then, though, a range of editors and contributors have taken their turn helping out with the series each year, and we have been lucky enough to involve everyone from Bob Geldof and Marian Keyes to Jamie Oliver, via Candace Bushnell and Nick Hornby. Another thing none of us knew was coming in 1999 was the vital part that War Child would come to play in Afghanistan and Iraq – all of which has made the revenue from the books a lifeline to vulnerable children.

This year’s collection, Ladies’ Night, takes us back to the all-female line-up we started with all those years ago – with the odd “But I’m a lady!” contribution as well, from old friends like Mike Gayle. In fact, one of the nicest things about these books is the way people keep coming back to donate their time. This includes, naturally, my fellow editors – Chris Manby (also editing for the USA), Maggie Alderson (who gave birth to a daughter during book three) and Imogen Edwards-Jones (whose baby daughter arrived as we were finishing book four.)

I really hope you like this year’s collection. We love it. And this year, we are also happy to donate funds to a new charity called No Strings as well, which uses the talents of the original Muppets team to help with educational puppetry programs for children in land mined areas around the world. For more on the international offices of both War Child and No Strings please visit www.warchild.org.uk and www.nostrings.org.uk. Thanks!”

Katie Espiner, Editor of HarperCollins writes: We are delighted to be publishing our fourth anthology in the bestselling Girls’ Night series. We have an absolutely stellar line-up of talent for Ladies’ Night. Everyone involved has been so generous with their time and their contributions and we’re confident that this collection will go on to raise yet more vital funds for these two important charities.

Julian Carrera, PR manager of War Child writes: War Child believes that children should never be affected by armed conflict regardless of any justification put forward for it. We work with some of the most marginalised children around the world – children abducted into militias at the age of ten in DRC, left with learning difficulties years after the Bosnian conflict’s end, scattered to the streets in Iraq and imprisoned in adult detention centres in Afghanistan. The Girls’ Night In series is firmly part of our world – and we are forever grateful for the support of Jessica, Harper Collins and the rest of the team!

Rosie Waller, Marketing and Events of No Strings writes: No Strings is an aid organisation which uses puppetry to deliver fun, engaging, but crucially, life-saving messages to some of the world’s most vulnerable children. It combines the skills of some of the world’s leading puppeteers from the original Muppets team with an extremely experienced humanitarian aid sector. No Strings is currently involved in projects in Afghanistan, teaching children how to avoid the dangers of the landmines which are everywhere in that country, and Sri Lanka, where puppets will be used to deliver a number of vital messages i.e. emergency response to psycho-social issues and landmines.

All media enquiries should be directed to:

James Williams is a content editor and website manager for Girls' Night In and has been with the series since the beginning. Visit https://asporea.hk
All Posts